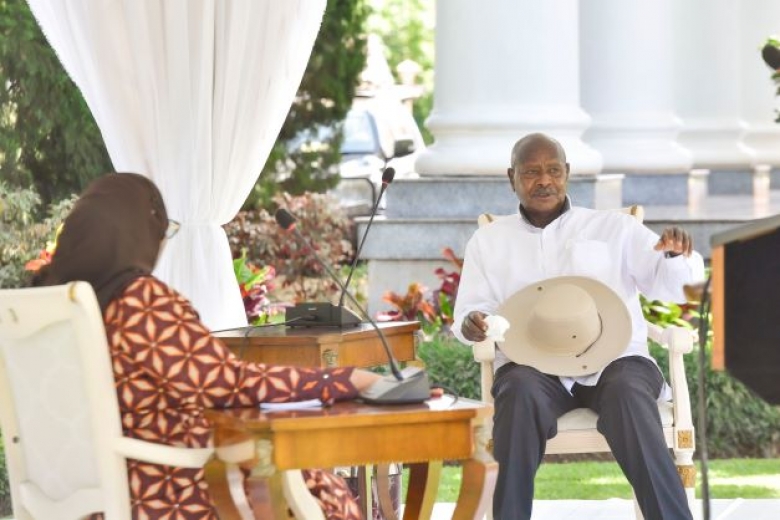 Uganda and Tanzania have agreed on exploitation of the pathogenic economy, specifically collaboration on the development of vaccines between the two countries. They also agreed that the United Republic of Tanzania will buy Anti-Retroviral (ARVs) Drugs from Uganda.

This was revealed by President Yoweri Kaguta Museveni and his counterpart President Samia Suluhu Hassan shortly after a bilateral meeting they held at State House Entebbe.

The President of the United Republic of Tanzania H.E Samia Suluhu Hassan is in Uganda for a two-day State visit at the invitation of President Yoweri Kaguta Museveni.

In a communiqué that was issued shortly after the meeting, their Excellencies were further briefed on the joint cooperation on security for the East African Crude Oil Pipe Line.

It was also agreed that Tanzania shall charge 10 Dollars per 100 Kilometers per truck from Mutukula to Dar es Salaam starting Financial Year 2022/2023 effective 1st July 2022. It was further agreed that Uganda shall supply 10,000 tonnes to cover the sugar gap in the United Republic of Tanzania.

On arrival at State House Entebbe at around 12.00pm, President Samia Suluhu Hassan and her delegation were received by her host, President Yoweri Kaguta Museveni.

H. E Samia Suluhu Hassan was treated to a guard of honor and a 21-gun salute. Later, the two presidents together with their delegations proceeded for bilateral talks.

“You are most welcome to Uganda. We are very happy to receive President Suluhu here and she has come with a very powerful delegation. Thank you for accepting my invitation,” President Museveni said.