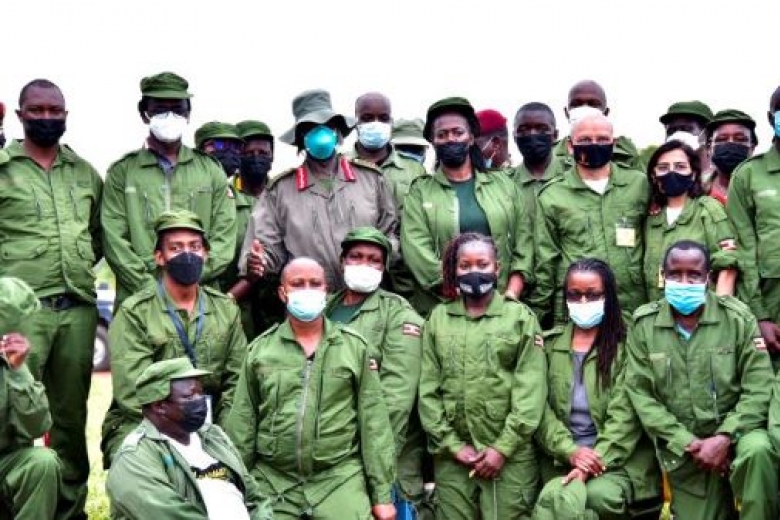 President Yoweri Museveni has highlighted what he described as the three priority sectors including electricity, transport and money, his government will focus on to lower the cost of production and spur business growth.

“We are determined to bring the cost of electricity down to US$5cents for manufacturing. We also need to bring down the costs of transport that is why we are struggling with the railway from Kenya and Tanzania, we want that to come down. Also the cost of money for manufacturing, agriculture, services like tourism, hospitality and professional services like medical and private schools needs to come down,” he said.

The President was yesterday addressing Chief Executive Officers of various businesses in Uganda who are attending a 3-day retreat hosted by the Presidential CEO Forum (PCF) at the National Leadership Institute in Kyankwanzi.

President Museveni said they have dealt with the issue of politics, ideology of unity vs sectarianism, infrastructure which translates to the issue of costs of production and the cost of labour which is still down.

The President said with the introduction of universal education, the population is more educated and easier to skill.

“An educated population will help in consumption – become effective consumers of production,” he said.

The President highlighted the importance of markets and said they struggled with the restoration of the East African community, which had collapsed to ensure a unified market.

“The NRM has been at forefront for unification of East Africa, COMESA, ACFTA and also negotiated with others for the US market through AGOA, EU through MBA etc. All this we do to create an atmosphere for the private sector to come in and produce goods and services which we need and don’t have to import but also goods and services which we can export and get foreign currency, create jobs for the people and expand the tax base to have a richer government,” he said.

The President said he was happy with the Prime Ministers’ directive to have all accounting officers procure local content.

“All accounting Officers are now going to be forced to buy local goods whether they like it or not as part of tactical efforts to support local businesses. Part of the problem is Finance has been colluding with some accounting officers to avoid government purchases deliberately,” he said.

President Museveni welcomed the CEOs to NALI, describing it as a place for removing cobwebs from peoples’ heads.

“That is why you hear that Uganda is stable because we always sensitize our soldiers to know what is important for their country here. I am happy to see you here. As business people, each is in a given sector at Macroeconomic level. You come in where you think there is an opportunity for business. But you may not be able to know the macro- overall picture. It's good that in addition to Micro-economic units, we are aware of the overall situation,” he said.

Museveni said Uganda has the potential to develop even faster than the 2040 vision predicted by the Bureaucrats.

“I don’t think that the business people including banks understand the potential of Uganda’s economy. 2040 is a view of bureaucrats who eat what is ripe. For us we know it's possible to move much faster,” he said.

The President said creating an ideology against sectarianism is important for economic transformation.

“A business person is a modernizer after a market. They don’t care about tribe, religion, man or woman; all they want is a customer.

The NRM rejected that sectarian approach, what we care about is prosperity. The idea of sectarianism is anti-business and anti-prosperity. We brought politics of interest and are against politics of identity. The interests of the people come first including fighting hunger, lack of transport, poverty, insecurity etc. Ideology brings unity and unity brings ideology,” he said.

The President said they saw the importance of infrastructure and insisted that although many things need attention, they would start with roads, power, schools, health centres etc.

“Our roads are now linked border to border by tarmac roads

You have unity, peace and infrastructure,” he said.

The Prime Minister Rt. Hon. Robinah Nabbanja commended the CEOs for pushing Buy Uganda, Build Uganda in its totality and for employing Ugandans.

“All industries and CEOs here want to put Uganda first by implementing BUBU in its totality. My appeal is to produce quality products in good quantities so that we are able to compete domestically, regionally and in the international market,” she said.

The Presidential CEO Forum is an indigenous association dealing with private sector issues and represents the Private Sector, Manufacturers and industrialists working closely with government ministries and departments to reinforce private sector inclusion in developmental matters.