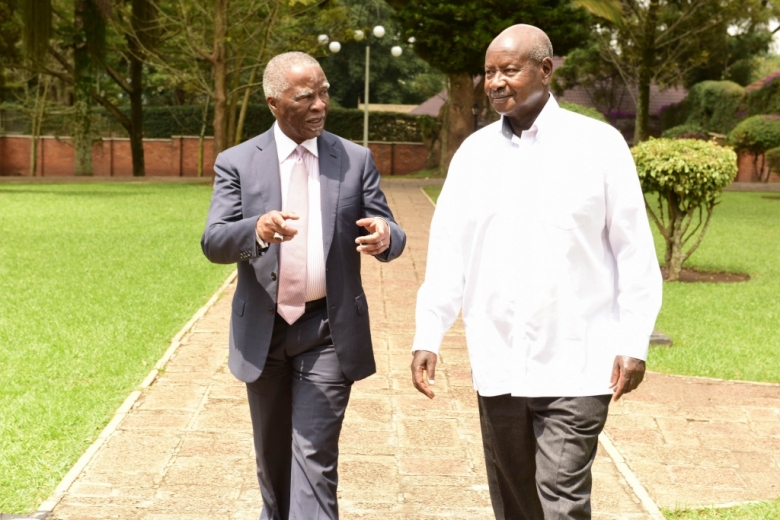 President Yoweri Museveni and former South African President, Thabo Mbeki, have had a meeting and reviewed the progress of the Horn of Africa member countries’ security, economic and political challenges as the region strives to realize regional integration.

President Museveni said that Uganda would spell out its contribution in writing with regard to the three pillars of security, economy and politics without forgetting the issue of peace because the Mbeki-led Panel is mandated to find the position of each member country for the integration of the Horn of Africa.

He told the delegation that he has for long been involved in the three mentioned pillars noting that all of them are linked to the perspective of ideology arising from political and security issues.

“If you think about ideology of identity as opposed to ideology of interests, then you are off course,” he stressed.

Mr. Museveni commended the Panel’s approach on its findings about the status quo in the Horn of Africa member countries’ security, economic and political positions.

Mr. Thabo Mbeki informed President Museveni that his Panel is on the mission of addressing the challenges of the integration of the Horn of Africa that calls for looking deeply and objectively into the pillars of security, economic and political perspective. He disclosed that his delegation has so far met the governments of Kenya and Somalia.