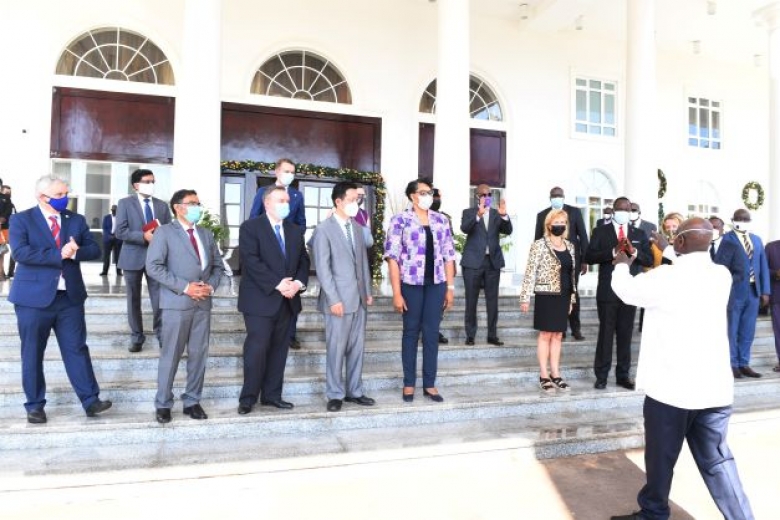 President Yoweri Museveni has emphasized that Muslims of Uganda are not extremists and despise terrorism because they are part of our society.

He said the idea of Islamic extremism was a creation by some opportunistic foreign actors who were defeated, but warned if not handled well, it can become a serious problem.

The President was today meeting with the Representatives of the United Nations Security Council (UNSC) resident in Uganda at State House Entebbe over the recent ADF terrorist attacks in Kampala and subsequent UPDF raids on ADF camps in Eastern DR Congo.

The President said while the ADF claim to be an Islamic armed group, their ideology is not attractive and has been resented, forcing them to resort to abductions and killings.

The meeting was aimed at sharing views on recent developments in the region and agreeing on a common way forward in line with the principle of association with the “holy trinity” which invites action from local, regional and international levels in support of peace and security efforts in the region.