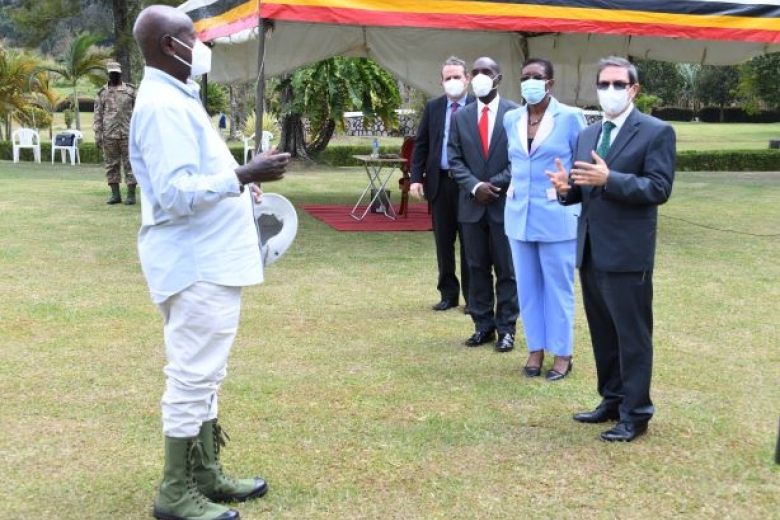 President Yoweri Museveni has received and held a meeting with a Cuban delegation led by the Minister of Foreign Affairs, Hon. Bruno Rodriguez, and discussed matters pertaining to strengthening bilateral relations between the two countries.

The Cuban Foreign Affairs Minister was accompanied by the Cuban Ambassador to Uganda, H.E Tania Perez Xiques, among others.

The meeting was also attended by the Minister of State for International Affairs, Hon. Henry Okello Oryem, at the President's country home in Ntungamo district.

President Museveni expressed the need for investment in areas of science, manufacturing and barter trade.

“There are good areas of business collaboration like the pathogenic industry in the manufacturing of vaccines that can capture the market in Uganda, East Africa and Africa,” he said, adding that it would also be good to do barter trade with the private sector or deal directly with the Government. He said Cuba can buy food products like maize, powdered milk and beans from Ugandan farmers in exchange for Cuban products such pharmaceuticals just by exchange without money, what the President termed as "easy trade."

He informed the President that Cuba's economy thrives on manufacturing, with a high level of efficiency in pharmaceuticals, international tourism and industry.