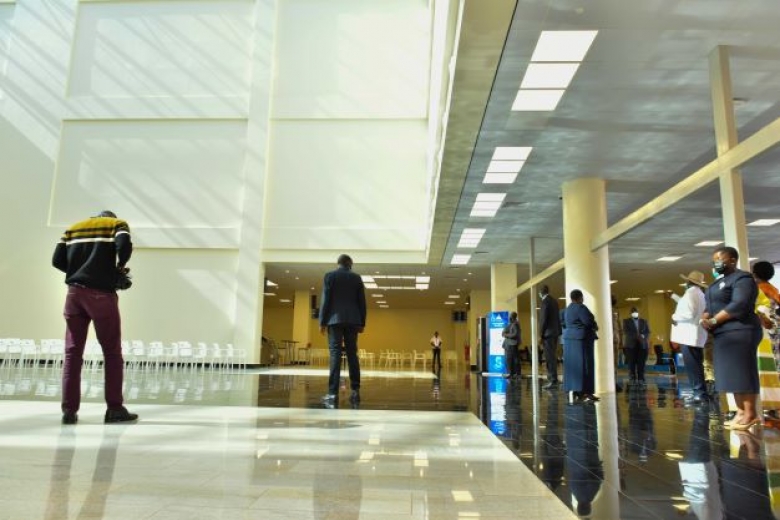 The facility built by the UPDF Construction Brigade is expected to ease Covid19 testing of passengers at the main gateway into Uganda and will initially attend to all the arriving passengers.

“The testing process should commence since the missing items in the facility are few. We shall complete as we proceed with the tests. I thank Prime Minister Nabbanja for taking the NRM line. If you have got the basics, move on. During the protracted people’s struggle NRM had only 27 guns and we confronted an army that had 60,000 guns,” he said.

President Museveni called on leaders to internalize the NRM strategy and understand the services that must be run by the Government. He said that the UPDF Construction Brigade should construct all government run facilities in order to reduce costs. He said that it is a mistake to bring the private sector in building such a facility as the one he was launching.

“This Covid-19 testing Centre should be run by the government health staff and it should immediately embark on the task of testing the arriving passengers,” he said.

The Prime Minister Robinah Nabbanja saluted the President for protecting Ugandans against Covid-19 and revealed that the Centre cost Shs 15billion to complete and equip.

The Minister of Health Dr. Jane Ruth Aceng said that the facility has got 8 PCR machines that can handle 548 samples every 2 hours with 150 personnel from the Ministry of Health and UPDF who have been deployed to serve.