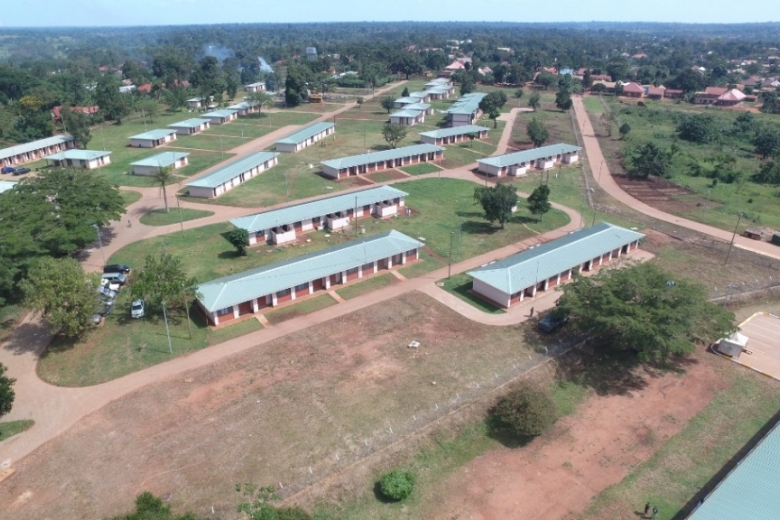 President Yoweri Museveni has re-affirmed the cardinal mission of NRM government since 1986 as the commitment to ensuring national minimum economic recovery and expansion.

“Today, Uganda exports 60 million kilograms of tea, 70 million bags of coffee, the production of cotton has increased and tourism has been the main national foreign exchange earner before Covid-19 outbreak,” he said.

The President was  addressing the NRM MPs elect currently at a retreat under-going a political induction course at the National Leadership Institute (NALI) on the issue of the NRM manifesto implementation.

The President said the national economy continues to grow rapidly because all the food crops including dairy products have been turned into cash generating items.

He appealed to the newly elect legislators to emphasize the question of wealth and jobs creation at homestead level.

“A political leader who wants to be serving for some time must look at the strategy of implementing and solving the problems of wealth and job creation plan for the people,” he said.

He noted that what is important is to emphasize commercial agriculture and value addition by establishing factories to strengthen the infrastructure base as an engine of development.

Museveni further noted that his message about sensitizing people on wealth creation was clear a clear testimony, citing people from the cattle corridor areas, who listened to him from 1966 to date and those of Bundibugyo district that have been pragmatic in agriculture practices.

In his presentation, the PM Ruhakana Rugunda said the manifesto implementation is rated at 95% of performance.

He said that to reach this level of manifesto implementation, performance was based on the guidance by 23 directives issued by President Museveni at the first cabinet meeting in June 2016.

“The 23 directives highlighted the critical priority areas that needed to be attended to in order to achieve the government goals”, he said.

He said the most notable and accomplished elements contained in the NRM manifesto 2016-2021 as power generation that was increased from 925 MW in 2016 to the current 1254 MW and targeting the total capacity of 2000W in a near future. Target to develop the oil and gas sector after the signing of the oil exploration agreement between the oil companies and government witnessed by President Museveni and the President of Tanzania Her Excellency Samoa Suluhu Hassan.

Others are the Uganda Airlines that have been revamped by buying four aircrafts, the construction of tarmac roads of 1452 KM countrywide, extension of clean and safe water to 38,517 villages out of 57,974 villages in the country, expansion of health centers at all levels to serve 86% of the population living within 5km of reach, industrialization sector, tourism, education sector, prioritizing investment in agriculture, construction of irrigation schemes etc.

Mr. Rugunda however, noted that corruption has been undermining different efforts invested to achieve government targets.

He called upon the newly elected MPs to monitor and take interest in government programmes.

“That effort would empower the legislators with information to enable them to perform their duties and strengthen the NRM party,” he said.

The NRM Deputy Secretary General Richard Todwong took the NRM MPs elect through the highlights of the NRM Manifesto 2021-2026 saying that NRM has recorded all the achievements based on the past six very explicit and constructive manifestos.

He appealed to the new legislators that subscribe to the NRM party to appreciate their role and effort as leaders by implementing the NRM party manifesto on the theme: “Securing the Future” in the next five years.