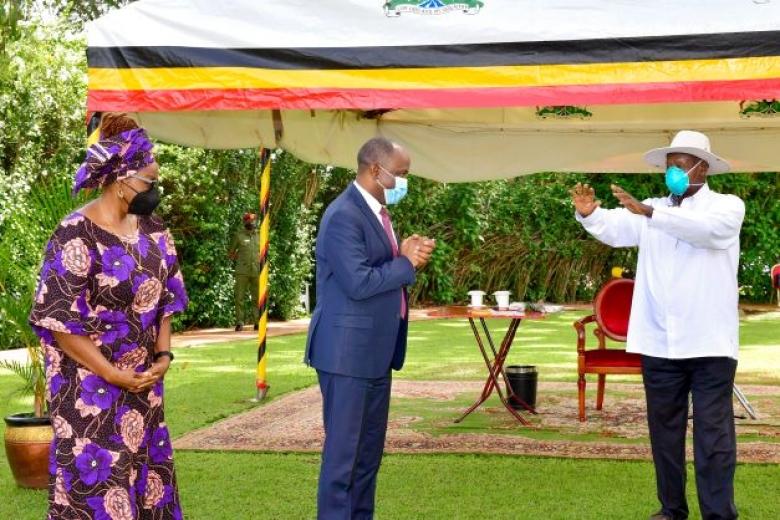 President Yoweri Museveni has said that while his government has been symbolically appointing women in high offices, the NRM line is to organize structural change in society by implementing programs at the base including education and financial inclusion of girls and women which will organically empower them to reach any level of development that they desire.

“You know the NRM line is organic structural change of society with emphasis on the substantive. What is important is basic education for all which benefits girls more and if they can do business and have an income. Other interventions to lighten the burden like access to clean water, energy instead of firewood, milling technology and food processing; all these emancipate women from the backbreaking drudgery. Our line is a multifaceted approach, starting with education and business,” he said.

The President was this afternoon speaking during a meeting with Dr. Maxime Houinato, the outgoing UN Women Country Representative in Uganda since 2018. Dr. Houinato has been appointed as the Regional Director for Eastern and Southern Africa Regional Office Nairobi, Kenya with effect from 1 September 2021.

President Museveni singled out the issue of teenage pregnancy which he said can’t be defeated by legislation alone but through organised changes in society.

“In the Banyankole culture, if a girl menstruates two times, she is deemed to be a woman and is married off. You can’t tell them otherwise and you can’t defeat this by legislation. It has to be a multifaceted approach starting with education and income generation. If women have no access to land, help them through non agriculture lines including access to SACCOs, training in skills like knitting, bakery and computer-based programmes,” he said.

Dr. Houinato who is based in Nairobi and overseeing 28 countries in the region particularly praised the government for the achievements of women projects in Uganda that include among others entrepreneurship as well as those related to violence against women and helping the victims.

He commended the firm stand the NRM government has taken in the emancipation and empowerment of women in Uganda economically, socially and politically.